EVIDENCE FOR EVERY INJURY CASE 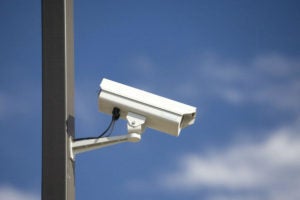 A WORD OF CAUTION

“This article is written for people who need quick tips on what to do when a seasoned lawyer is not able to assist or has not yet been called into a case.  There is no substitute for experience when collecting and preserving evidence.”  Mike Burman

Gather the name, address, phone number, email and employer of everyone who was a witness to the injury event.  Hire a private investigator if necessary.  Witnesses walk away and are lost quickly.  Memories fade.  A good private investigator can interview witnesses and preserve valuable testimony.

Gather physical evidence carefully.  Physical evidence is something that you can touch or see or hear such as a video made by a TV camera at the gas station that happens to catch the moment a semi-truck runs a red light and strikes a pedestrian, or the bruises on a broken arm.

Probably the most commonly used evidence in a case is a photograph.  You cannot take too many photographs from different angles and distances.  A video is a good idea.  Taking photographs and video under different lighting conditions can often reveal more than the naked eye.  Drones are now taking relatively inexpensive overhead photos and video.

Examine the scene carefully for something the police officer over-looked or could not see due to the accident conditions.  Look for closed circuit TV cameras that might have captured the scene or people employed in nearby businesses or residents who might have seen or heard the injury event.  Go back to the scene at the same time, to see if someone was taking a walk at their usual time.

Photograph your injuries to establish the harm you suffered.  Consider a video recording of your day to prove the difficulty you encounter.  Make sure your doctor properly records all of your symptoms and complaints.

Your form is submitted to Burman Law.

Please complete all required fields below.

Take the Next Step with an Experienced Injury Attorney